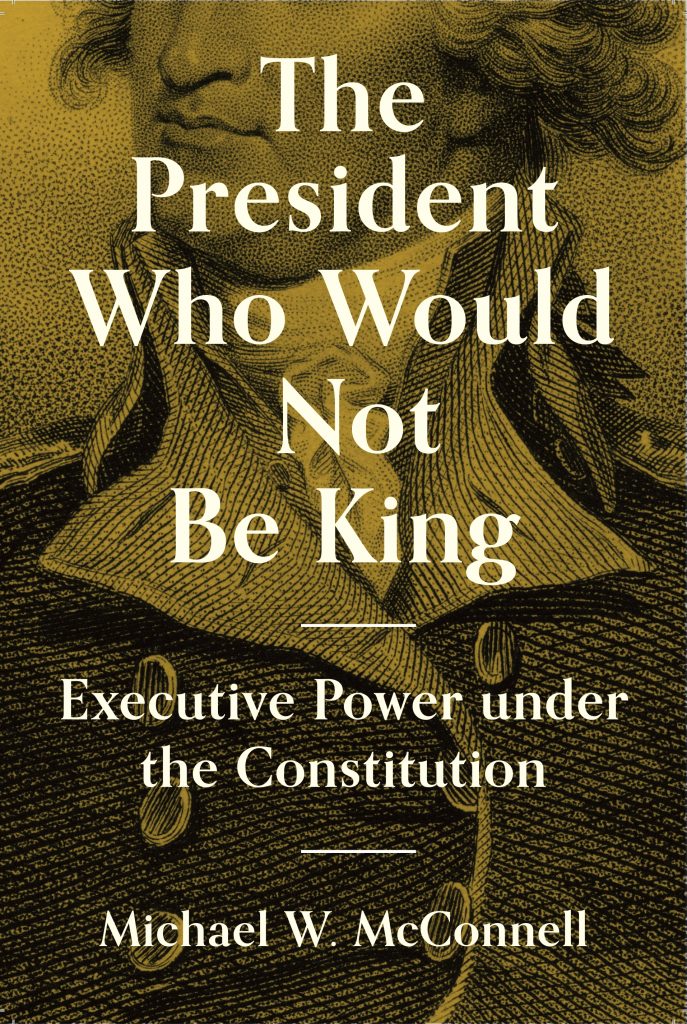 The President Who Would Not Be King: Executive Power under the Constitution

Stay tuned for a registration link!

One of the most vexing questions for the framers of the Constitution was how to create a vigorous and independent executive without making him king. In today’s divided public square, presidential power has never been more contested. The President Who Would Not Be King cuts through the partisan rancor to reveal what the Constitution really tells us about the powers of the president.

Michael McConnell provides a comprehensive account of the drafting of presidential powers. Because the framers met behind closed doors and left no records of their deliberations, close attention must be given to their successive drafts. McConnell shows how the framers worked from a mental list of the powers of the British monarch, and consciously decided which powers to strip from the presidency to avoid tyranny. He examines each of these powers in turn, explaining how they were understood at the time of the founding, and goes on to provide a framework for evaluating separation of powers claims, distinguishing between powers that are subject to congressional control and those in which the president has full discretion.

Based on the Tanner Lectures at Princeton University, The President Who Would Not Be King restores the original vision of the framers, showing how the Constitution restrains the excesses of an imperial presidency while empowering the executive to govern effectively.—from publisher

Michael W. McConnell is the Richard and Frances Mallery Professor and Director of the Constitutional Law Center at Stanford Law School, and a Senior Fellow at the Hoover Institution. From 2002 to 2009, he served as a Circuit Judge on the United States Court of Appeals for the Tenth Circuit. He was nominated by President George W. Bush, a Republican, and confirmed by a Democratic Senate by unanimous consent. McConnell has previously held chaired professorships at the University of Chicago and the University of Utah, and visiting professorships at Harvard and NYU. He teaches courses on constitutional law, constitutional history, First Amendment, and interpretive theory. He has published widely in the fields of constitutional law and theory, especially church and state, equal protection, and separation of powers. His new book, The President Who Would Not Be King: Executive Power Under the Constitution, was published by Princeton University Press in 2020, based on the Tanner Lectures in Human Values, which he delivered at Princeton in 2019. His upcoming book, co-authored with Nathan Chapman, Agreeing to Disagree: How the Establishment Protects Religious Diversity and Freedom of Conscience, will be published by Cambridge University Press in 2022. McConnell has argued sixteen cases in the United States Supreme Court, most recently Carney v. Adams (2020), defending a provision of the Delaware Constitution requiring political balance on that state’s courts. He served as law clerk to Supreme Court Justice William J. Brennan, Jr. and D.C. Circuit Chief Judge J. Skelly Wright. He has been Assistant General Counsel of the Office of Management & Budget, Assistant to the Solicitor General of the Department of Justice, and a member of the President’s Intelligence Oversight Board. He is Senior of Counsel to the law firm Wilson, Sonsini, Goodrich & Rosati, and is co-chair of the Facebook Oversight Review Board.

Share The President Who Would Not Be King: Executive Power under the Constitution on: