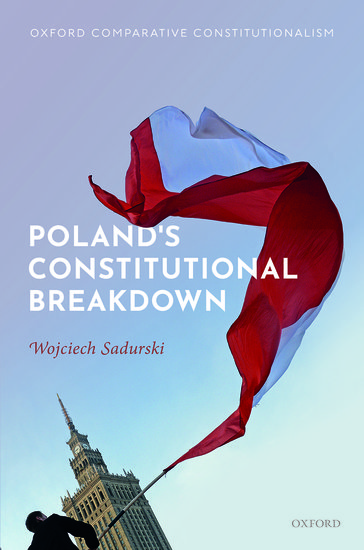 The Center for Ethics and the Rule of Law at Penn, together with the Department of Russian and East European Studies of Penn Arts and Sciences, hosted Wojciech Sadurski to discuss his book Poland’s Constitutional Breakdown. Prof. Sadurski is the Challis Professor of Jurisprudence at the University of Sydney.

ABSTRACT—After its double victory in the 2015 presidential and parliamentary elections in Poland, the populist Law and Justice (Prawo i Sprawiedliwość (PiS)) party began to dismantle all major checks and balances characteristic of the separation of powers in a democratic state. Poland’s Constitutional Tribunal, its regular courts including the Supreme Court, its National Council of the Judiciary, as well as its electoral commissions, civil service, and public media have all been subordinated to the executive and are single-handedly controlled by the party’s leader. In the process, political rights such as the freedom of assembly have been radically restricted, and the party has captured the entire state apparatus. The speed and depth of anti-democratic changes took many observers by surprise, as Poland had been widely regarded as an example of a successful ‘transitional democracy’ in the quarter century preceding 2015. This book attempts to answer three major questions triggered by Poland’s anti-constitutional breakdown: What exactly has happened? Why has it happened? What are the prospects of returning to liberal democracy? Answers to these questions are formulated against the backdrop of current worldwide trends towards populism, authoritarianism, and what is sometimes called ‘illiberal democracy’. However, as this book argues, the Polish variant of ‘illiberal democracy’ is an oxymoron. By undermining the separation of powers, the ruling party concentrates all power in one hand, thus rendering any democratic accountability illusory. There is, however, no inevitability in anti-democratic trends: this book considers a number of possible remedies and sources of hope, including intervention by the European Union.