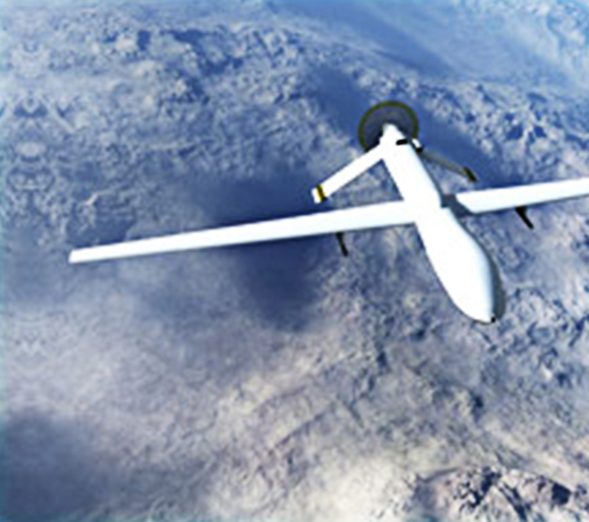 Using Targeted Killing to fight the War on Terror

The Obama administration has authorized the CIA to target and kill Anwar al-Aulaqi, a radical Muslim cleric believed to have ties to al-Qaeda, on the ground that he helped to orchestrate attacks against the United States. The authorization raises the interesting question of who is a legitimate target of such military actions. In particular, it is arguably difficult to think of al-Aulaqi as a belligerent against the U.S., as he is himself an American citizen. Al-Aulaqi, however, is not the only person whose identification as a legitimate target raises moral and legal complications. The U.S. and other governments have been targeting and killing many others as part of both the fight against Islamic terrorists and the wars in Iraq and Afghanistan, and the widespread use of this technique raises important questions in just war theory. Notable as well is the fact that the U.S. has been targeting suspected militants with unmanned aerial drones, sophisticated military planes controlled remotely from distant lands.

The questions the conference will explore fall into four rough categories. First is a series of basic questions identifying the activity and its parameters: What is targeted killing in a military context and what is the theory under which such killings may be permissible? If targeted killing is ever permissible, what is the range of permissible targets? Should targets be restricted to belligerents only? Or are there individuals who, as civilians nevertheless make themselves into legitimate targets by threatening central interests of the United States? A second set of issues has to do with authority and responsibility: Who is permitted to carry out targeted killings? Do private contractors take on the mantle of military justification when they act on behalf of military officials? Is the justification for engaging in a targeted killing one person may have as an official defender of the country transferrable to a civilian assister? Most importantly, what is the responsibility of actors who carry out targeted killings that miss their mark? If moral and legal mistakes are made, do the resulting acts of assassination count as war crimes? A third set of issues has to do with the manner in which targeted killings are carried out: Is it morally relevant that remote-controlled machines are used to attack targets? If so, is preemptive killing nevertheless legitimate if performed by a droid? And if so, what is the permissible scope of preemptive killing conducted in this way? A fourth set of issues attempts to penetrate the theory of targeted killing by comparing it to other areas of the law: What is the relation between targeted killing and self-defense? Does societal self-defense follow parallel principles to personal self-defense? And finally, what is the status of targeted killing according to traditional just war theory and international law? These questions arise at the intersection of moral, political, and legal theory, just war theory, national security law, and international law, as well as criminal and constitutional law and theory.

In recent years, we have come to appreciate that the United States faces real and profound terrorist threats from both domestic and international terrorists. But what happens when military and civilian leaders become aware of an imminent threat? What national and international tools are available to the U.S. government to identify and prevent a terrorist act from taking place? How do American laws and policies intersect with international law when a terror threat hits the radar in real time? Please join Ambassador Dell Dailey for a wide-ranging discussion that will look at cutting edge issues facing America’s counter-terrorism operations today. Ambassador Dailey will present the current counter terror model, discuss new or existing organizations to assist countering terror, and provide an updated assessment of Al Qaeda. A question and answer period will follow. This presentation is jointly sponsored by the Penn Law Office of International Programs, the Institute for Law and Philosophy and the Penn Law National Security Society. It is free and open to the public.

Note: Abstracts are open but a login is required for all papers.

Professor of Philosophy and Director of Research for the Jean Beer Blumenfeld Center forEthicsGeorgia State University, Department of Philosophy

Professor of LawThe University of Tulsa College of Law

Professor of Law and PhilosophyUniversity of Pennsylvania

Sharswood Fellow in Law and International AffairsUniversity of Pennsylvania LawSchool

Professor of LawUniversity of Utah S.J. Quinney College of Law

Department of Philosophy and Law School

Share Using Targeted Killing to fight the War on Terror on: