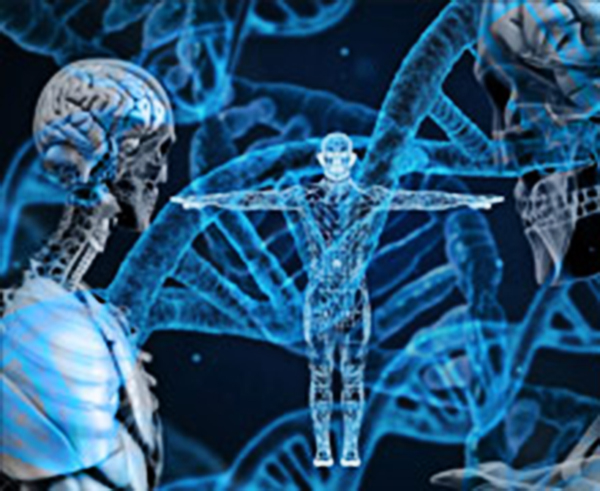 Ethical Challenges in the Development of New Weaponry

Technological advances have improved current weapons systems and led to the development of more precise means and methods of warfare. But they have also created tools that can kill with an efficiency and in a manner previously unimaginable. Compounding the danger is the fact that advances in technology reduce traditional barriers to entry, increasing the likelihood these new weapons will fall into the hands of rogue actors. The new lethality of contemporary weaponry also puts civilians more directly in harm’s way, despite the increased precision and potential reduction in collateral damage presented by the new systems. Finally, the speed at which new weapons are being developed severely impacts the ability to create adequate defenses, and nations are impelled into increasingly offensive postures as they address their expanding national security concerns.

The need to develop a nuanced balance between advancing precision technologies and protecting against the impact of increasing lethality suggests the importance of increased consultation among military experts, the defense industry, and ethicists. While the public is aware of ethical debate surrounding the development of Autonomous Weapons Systems (AWIs), the popular opposition to so-called “killer robots” overlooks the increasing sophistication and ethical complexity of many other types of weapons systems where the same need to balance improvements in precision against exponential increases in lethality exists.

The purpose of this one-day public symposium is three-fold: 1) to examine rapidly advancing technologies in war and discuss legal and ethical dilemmas they raise for national security policy in an interdisciplinary conversation; 2) to help guide elected officials and other government policymakers in the development of military technology; and 3) to educate the general public on the implications of these technologies for democratic governance and their role in furthering national security.

The symposium will address four domains of new weaponry development: cybersecurity and artificial intelligence (AI); biological and chemical convergence; biological enhancements and genetics; and nanotechnology. Panels will consist of lawyers, ethicists, scientists, military and government service practitioners, technologists, and the private sector. Panelists will address the risks that new weaponry will used for malign purposes; the relative ease with which weaponry may be acquired, the adequacy of current regulatory measures, the need for new or better oversight, the relationship between military requirements and private sector innovation, and the need to identify and resolve important ethical and legal issues prior to full scale development and deployment of new weaponries.

This program has been approved for 5.0 ethics CLE credits for Pennsylvania lawyers. CLE credit may be available in other jurisdictions as well. Attendees seeking CLE credit should bring separate payment in the amount of $200.00 ($100.00 public interest/non-profit attorneys) cash or check made payable to The Trustees of the University of Pennsylvania.

Most technological advances in new weaponry depend on artificial intelligence (AI) and machine learning. Although AI and its role in warfare have been increasingly in the spotlight, AI’s intersection with other technologies, particularly cyber technology, has been largely overlooked. Panel 1 will focus on the conjunction of AI and cyberwarfare and will address the type and level of disruption that AI-enabled cyber weapons may cause; the likelihood of anticipating and adequately defending against threats and attacks; accessibility of the technology to terrorists and other non-state actors; and the adequacy of current law and protocols to regulate the new technology and threats. Merging the two technologies raises novel legal and ethical issues. Should we rely solely on autonomous weapons systems to initiate defense measures? Or should we require a human actor in the decision loop? Is it possible for humans to understand the “thinking” being done by autonomous systems?  Should AI systems be developed to enable human control, or would this needlessly inhibit the advancement of AI? Is it even possible to regulate a system that is continually evolving and that one day may be much more “intelligent” than humans?

Advances in technology are creating areas of convergence among traditional scientific disciplines, particularly in the domains of the biological and chemical sciences.  As new methods are developed to weaponize biological and chemical agents, as this technology becomes more accessible to non-state actors, and as the technology’s products become increasing lethal, current regulatory mechanisms are struggling to keep pace. For example, scientists have developed processes to synthesize biological toxins by chemical means and, conversely, to make chemical warfare agents with the aid of bacterial enzymes. Are these chemically modified biological agents covered by the Chemical Weapons Convention, the Biological Weapons Convention, both, or neither? What potential does this technology hold for developing new weapons?  Are there weaknesses in current governance mechanisms? Do rogue and non-state actors have access to this technology and the weapons it may spawn?  Is it permissible to produce them if done for the purpose of designing antidotes and countermeasures? Is the first use of these weapons in a conflict ever justifiable? Does it matter whether the adversary was first to deploy them? Is it ethical to use these weapons in self-defense?

Professor Michael Horowitz, Professor of Political Science and the Associate Director of Perry World House at the University of Pennsylvania

Professor Gigi Kwik Gronvall, Associate Professor in the Department of Environmental Health and Engineering at the Johns Hopkins Bloomberg School of Public Health

Less than 10 years ago, the idea of artificially enhancing human biology was thought the stuff of science fiction. Today, through technological advancements in areas such as Clustered Regularly Interspaced Short Palindromic Repeats (CRISPR) genetic research, science fiction becomes reality. One emerging area of development is the enhancement of human soldiers through biological and genetic intervention. These enhancements may take the form of augmented cognition, increased ability to operate while sleep deprived, magnified strength and stamina, quicker and more lasting recovery from physical and mental wounds, and heightened protection from certain chemical and biological agents. Panel 3 will discuss the state of current and future enhancements and the immense ethical implications that are involved. Is it ethical to alter the human condition to improve offensive or defensive military capability? Should we permit such enhancements to be passed along to future generations if the technology allows?  Should individual servicemembers have the right to know the risks of these enhancements, and the right to refuse them? Given the level of expense and sophistication, is it likely this technology could fall into the hands of rogue actors?

Professor Jonathan Moreno,Professor of Medical Ethics and Health Policy, of History and Sociology of Science, and of Philosophy, University of Pennsylvania

Dr. William Casebeer, Director of the Innovation Laboratory at Beyond Conflict

The ability to make objects lighter, stronger, more compact, and less costly holds great appeal for the development of new weapons. Given the critical nature of data-driven technologies in warfare, the greatest advances in new weaponry are likely to come about by improvements in our ability to store increasing amounts of data on smaller and smaller substrata. The current tidal wave of technological advancement has shown unimaginable advances in data storage, and new weaponry has begun to exploit these advances. Nanotechnology not only promotes the invention of new means and methods for conducting warfare, it also enables novel delivery systems for existing weapons. This panel will discuss the implications of nanotechnology for lasers, electronics, robotics, drones, exoskeletons, toxic nanoparticles, and nanoparticle catalysts. The panel will also discuss the ethical implications of endowing human actors with the attributes of robots. For example, is it ethical to use nanotechnology to remove human actors (servicemembers) from the employment of lethal force? Is it ethical to use unwitting civilians to deliver toxic nanoparticles to a specific target? Does it matter that the civilians are not impacted by the toxin, only the target? Is it proper, through nanotechnology, to mask the identity of the actor/combatant? If nanotechnology diminishes attribution, what impact will this have on the notion of self-defense?

Moderator: Professor Mitt Regan, McDevitt Professor of Jurisprudence, Director of the Center on the Legal Profession, and Co-Director on the Center on National Security and the Law at Georgetown University Law Center

A Warfighter’s Perspective on the Challenge of Future Weaponry

“A Warfighter’s Perspective on the Challenge of Future Weaponry”

Followed by a Q & A Moderated by Professor Claire Finkelstein,
CERL Faculty Director and Algernon Biddle Professor of Law and Professor of Philosophy

Professor of Cyber Law at the College of Information and Cyberspace, National Defense University

Director of the Innovation Laboratory at Beyond Conflict

Fellow, Center for Ethics and the Rule of Law, University of Pennsylvania Law School

Research Assistant Professor, the Assistant Director of the Institute for Philosophy and Public Policy at George Mason University

Professor of Medical Ethics and Health Policy, of History and Sociology of Science, and of Philosophy, University of Pennsylvania

McDevitt Professor of Jurisprudence, Director of the Center on the Legal Profession, and Co-Director on the Center on National Security and the Law at Georgetown University Law Center

Paul Whitfield Horn Professor of Law and Director of the Center for Biodefense, Law and Public Policy,Texas Tech School of Law

Share Ethical Challenges in the Development of New Weaponry on: