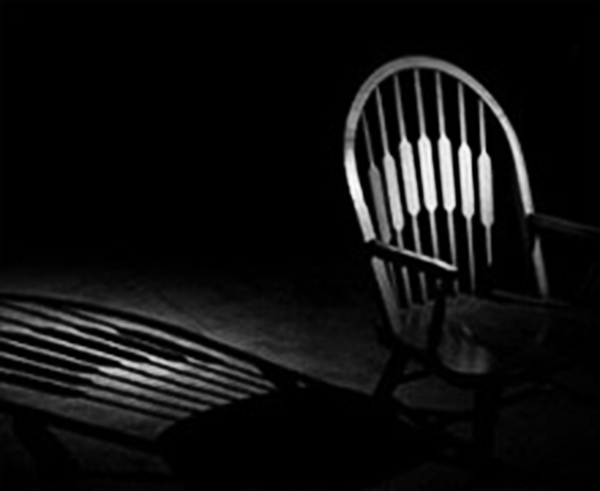 Symposium leaders Steven J. Barela, Mark Fallon, Gloria Gaggioli, and Jens David Ohlin are the editors of a forthcoming volume delving into these areas entitled Interrogation and Torture: Integrating Efficacy with Law and Morality to be issued in 2019 under the CERL Series in the Oxford Series in Ethics, National Security and the Rule of Law.

In closed session, five unique panels of volume contributors from multiple disciplines and countries will examine these developments and their potential outcomes and international impact. Each session is multi-disciplinary and will produce collaborative and integrated dialogue and analyses. Additional information, insights, and recommendations derived from the symposium will be incorporated into relevant volume chapters.

In addition to the closed sessions, the symposium will feature a keynote address, open to the public, by Juan E. Méndez, former UN Special Rapporteur on Torture and Other Cruel, Inhuman and Degrading Treatment or Punishment. Professor Méndez’s address, entitled “A Universal Protocol for Investigative Interviewing: An End to Interrogation and Torture,” will be followed by a panel discussion with Professor Méndez, Mr. Alberto Mora and Dr. Steven Xenakis. Professor Claire Finkelstein, CERL’s Director, will moderate.

This program has been approved for 2 ethics CLE credits for Pennsylvania lawyers. CLE credit may be available in other jurisdictions as well. Attendees seeking CLE credit should bring separate payment in the amount of $80.00 ($40.00 public interest/non-profit attorneys) cash or check made payable to The Trustees of the University of Pennsylvania.

inal Law and Philosophy on this topic.

Participants are free to have lunch on their own.

“A Universal Protocol for Investigative Interviewing: An End
to Interrogation and Torture”

Mr. Méndez is one of the world’s most recognized advocates of a universal protocol for non-coercive interviews conducted by law enforcement officials, military and intelligence personnel, and other bodies with investigative mandates. The protocol’s aim is to ensure that authorities discontinue
confession-based interrogation of criminal suspects, political and war prisoners, and other detainees so that no one is subjected to torture, mistreatment, or coercion.

Mr. Mora is the American Bar Association’s Associate Executive Director for Global Programs. In this capacity, he directs the ABA’s global Rule of Law Initiative, oversees the ABA’s Human Rights Center, and coordinates the ABA’s relationship with the United Nations and specialized agencies and functions. Among other honors and recognitions received by him, in 2006 Mora was awarded the John F. Kennedy Memorial Foundation’s Profile in Courage Award in recognition of his consistent opposition while serving as Navy General Counsel to the cruel interrogation of detainees in the post-9/11 period. His detainee-related activities at the Navy have been widely reported in periodicals, books and documentaries. In 2013, he was included in Mariana Cook’s book “Justice” as one of 99 individuals who have made a significant contribution to human rights in recent years.

Dr. Steven Xenakis s a retired brigadier general and Army medical corps officer with 28 years of active service. He is an adjunct clinical professor at the Uniformed Services University of Health Sciences. He is the Founder of the Center for Translational Medicine, a nonprofit that conducts clinical research and development. He has been a senior adviser to the Department of Defense on neurobehavioral conditions and medical management. Dr. Xenakis serves as an anti-torture advisor to Physicians for Human Rights and belongs to the group of retired generals and admirals convened by Human Rights First.

Professor of Philosophy at the New School of Social Research

Professor of Law at Georgetown University and author of The Hippocratic Myth: Why Doctors Are Under Pressure to Ration Care, Practice Politics, and Compromise Their Promise to Heal (Palgrave MacMillan, 2011)

Postdoctoral Scholar at Iowa State University working on an FBI-funded project evaluating the effectiveness of rapport and trust building techniques on information gain in intelligence interviews.

Assistant Professor in the Department of Sociology and Criminology, University of Denver

Author of the book Unjustifiable Means and an international security consultant, specializing in terrorism, violent extremism and interview and interrogation research and practice.

Assistant Professor at the University of Geneva (Law Faculty)

Manager of the JSD Program at New York University School of Law and a scholar at the Institute for International Law and Justice (IILJ) (U.S.)

Professor of Human Rights Law in Residence and Faculty Director of the Anti-Torture Initiative at American University Washington College of Law, and former UN-appointed Special Rapporteur on Torture and other Cruel, Inhuman or Degrading Treatment or Punishment (Argentina)

Vice Dean and Professor of Law, Cornell Law School and member of CERL’s executive board (U.S.)

Psychological Ethics Advisor to Physicians for Human Rights and a founding member of the Coalition for an Ethical Psychology (U.S.)

Professor of Political Science at Reed College and author of Torture and Democracy (Princeton University Press, 2007), winner of the 2007 Human Rights Book of the Year Award from the American Political Science Association (U.S.)

Assistant Professor in the leadership, ethics, and law department at the United States Naval Academy and author of An Ethics of Interrogation (University of Chicago Press, 2010) (U.S.)

Professor at the Boston Graduate School of Psychoanalysis and Director of the school’s Social Justice and Human Rights Program (U.S.)

Professor of Law at Temple University Beasley School of Law

Jerome Slater, Tragic Choices in the War on Terrorism: Should we Try to Regulate and Control Torture? 121 Political Science Quarterly 191 (2006)