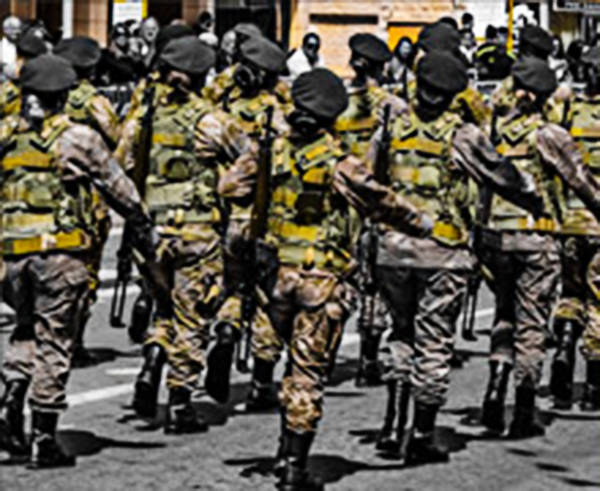 National Security Is A Feminist Issue

Decades of data show that when women do better, countries do better. But after twenty years of domestic and international Women, Peace and Security (“WPS”) initiatives, are women doing better? Are governments’ national security measures and outcomes better? How does a lack of women’s participation affect national and international security? What steps can be taken to bridge the gender gaps and improve women’s participation in peace and security initiatives?

Women offer distinctive contributions to making and keeping peace: including women in peace negotiations makes resulting agreements far less likely to fail, and higher levels of gender equality in societies and governments are associated with a lower propensity for conflict, both between and within states. Many countries have taken concrete steps to increase women’s participation in conflict prevention and peace stabilization efforts, but women still make up only a small percentage of national security leadership, cybersecurity experts, and combat forces worldwide. Moreover, women throughout societies continue to suffer disproportionately from the ravages of armed conflict, including as victims of sexual violence.

Twenty years ago, the United Nations Security Council affirmed the importance of women’s participation in preventing and resolving violent conflict and in maintaining stable peace processes when it passed Resolution 1325 and its progeny. In recognition of the Resolution’s impending twentieth anniversary and the numerous follow-on efforts since, this one-day public symposium seeks to introduce participants to WPS initiatives advancing its four pillars and explore how far have we have come towards realizing the Resolution’s goals.

The first of its two panels will address WPS initiatives in the United States, defining the term “WPS” and engaging in a status-check on the implementation and realization of the U.S. National WPS Action Plan, the 2019 U.S. Strategy on Women, Peace, and Security, and recent U.S. WPS legislation. The second panel will address international efforts to further Resolution 1325 goals, reflecting on the core recommendations of the 2015 U.N. Global Study on SCR 1325’s implementation and comparative global progress.

The symposium will conclude with a keynote fireside chat with Michèle Flournoy – a former Under Secretary for Policy at the U.S. Department of Defense and a leader in the U.S. national security space who has worked to promote gender equality and women’s participation in military and civilian national security positions at home and abroad.

This program has been approved for 2.5 ethics CLE credits for Pennsylvania lawyers. CLE credit may be available in other jurisdictions as well. Attendees seeking CLE credit should bring separate payment in the amount of $100.00 ($50.00 public interest/non-profit attorneys) cash or check made payable to The Trustees of the University of Pennsylvania.

As Under Secretary, Ms. Flournoy was the principal advisor to the Secretary of Defense in the formulation of national security and defense policy, oversight of military plans and operations, and National Security Council deliberations.

During her time in that position, the United States was debating the formulation of an action plan required by United Nations Security Council Resolution 1325, a ground-breaking resolution on Women, Peace and Security (“WPS”) adopted to address the under-valued and under-utilized contributions of women as active agents in peace and security.

In this “fireside chat” with Claire Finkelstein, Algernon Biddle Professor of Law and Professor of Philosophy at Penn, Ms. Flournoy will talk about her experience devising front-line U.S. defense policy, her leadership in security strategy, and her role in developing new U.S. policy in line with domestic and international women, peace, and security efforts.

This lecture has been made possible through the generosity of Paul G. Haaga, Jr. (Penn Law class ’74; The Wharton School ’74) and Heather Haaga. Mr. Haaga chairs the executive board of the University of Pennsylvania Carey Law School’s Center for Ethics and the Rule of Law (CERL).

This event is free and open to the public.

Chief Executive Officer, WestExec Advisors, Former Under Secretary of Defense for Policy from February 2009 to February 2012

Director of Policy and Advocacy, International Center for Research on Women