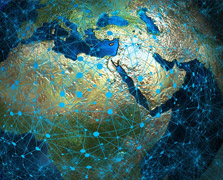 The conviction of President Trump’s campaign chairman, Paul Manafort, the recent arrest of President Obama’s former White House counsel, Greg Craig and Skadden Arps’ $4.6 million dollar settlement with the Department of Justice have thrust an obscure law into public view, the Foreign Agents Registration Act (FARA). Eighty years old and rarely enforced, the law had originally been designed to fight Nazi propaganda. But since the 2016 election more indictments for FARA violations have been brought than in the previous fifty years.

The idea that FARA could be used as one of the primary methods to combat foreign interference in democratic institutions has engendered a long overdue debate about this antiquated law. While the stakeholders in this debate disagree on many issues, there is general agreement that FARA is flawed and requires revision if the law is to be aggressively enforced.

While there is general consensus about the need for reform, every stakeholder group has found something about the law worthy of their ire. Those unsure of their obligation to register under FARA have bemoaned the “FARA feeding frenzy,” of increased enforcement. Good government groups, meanwhile, have been quick to point out that the new level of enforcement is relative to an extremely low bar of just seven criminal cases having been brought for FARA violations in the preceding fifty years. Civil society groups have raised concerns about FARA being used as a political weapon. Those concerns were borne out by last year’s seemingly politically motivated House Natural Resources Committee investigations, which alleged several prominent environmental nonprofits may need to register under FARA. Amidst the FARA furor, several law firms have established FARA advisory programs to help clients navigate the reporting requirements of FARA. Yet, good government groups have shown that many firms don’t actually fulfill FARA disclosure requirements. In addition, press freedom groups have warned about the dangers FARA-like proposals have posed to journalists abroad.

Congress has responded with an extraordinary number of proposals to reform FARA. The bills attempt to address concerns about FARA, including: limiting lobbying (LDA), religious, scientific, fine arts exemptions; revising reporting requirements (for foreign agents and the FARA Unit); expanding the FARA Unit’s enforcement toolkit; or by banning former political appointees from lobbying on behalf of foreign interests. In spite of this political will and bipartisan agreement none of these legislative proposals has ever made it to the floor of the House or Senate for consideration.

With such widespread political and public support, extensive legislative proposals already on the table, and a need to better defend American democracy, this is an ideal moment to pursue FARA reform. While stakeholder interests might be immensely varied, there are ample areas of overlapping concerns, and there are areas of FARA reform that merit prioritization

This conference will bring together experts from academia, the law, the private sector, and government to forge consensus on proposals for reform and formulate a plan to enact reforms on this critically important piece of legislation.

Panel 1:  The Current State of FARA – Structural Issues and Enforcement

This panel will focus on the issues with the language of the statute and its enforcement. What specific statutory language needs to be supplemented, removed, or amended to provide clarity to law enforcement and those working on behalf of foreign governments? What are the resource constraints within the DOJ preventing adequate enforcement? Are the criminal and civil penalties sufficient to compel compliance? How have the recent indictments and civil penalties changed the current state of FARA practice by legal practitioners and lobbyists?

There are many legislative amendments to FARA under consideration by the Congress. This panel will focus on the merits of these proposed amendments and determine whether they adequately enable FARA to achieve its legislative purpose. Would any of these changes make FARA an effective tool for exposing foreign propaganda? Do the amendments correct both the structural defects in the law and the issues surrounding enforcement? Are the amendments overboard, potentially labeling legitimate domestic interests as foreign agents or encroaching on the rights of U.S. citizens?

This portion of the symposium will be a moderated conversation between the panelists followed by questions and answers from the audience.

Ben Freeman The Saudi Lobby: How the Kingdom wins in Washington Center for International Policy October 2018

Arie J Lipinski The Foreign Agents Registration Act Comes to Light Amidst Probe into Russian Election Meddling: An Effort to Crack Down on Foreign Lobbyists or a Sign of Corruption  March 2018

Michael I. Spak America for Sale: When Well Connected Former Federal Officials Peddle Their Influence to the Highest Bidder-A Statutory Analysis and Proposals for Reform of the Foreign Agents Registration Act and the Ethics in Government Act Kentucky Law Journal 1989-1990

Matthew Armstrong RT As A Foreign Agent: Political Propaganda In A Globalized World warontherocks.com May 2015