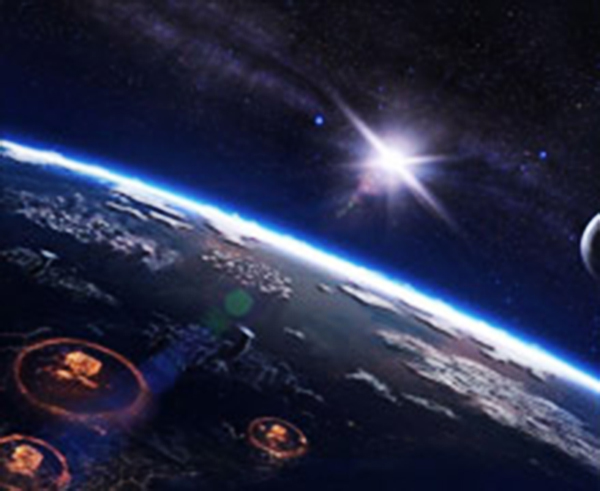 The Weaponization of Outer Space

Historically, strategic restraint has been the dominant approach among space faring nations, all of whom understood that continued access to and use of space required holding back on any threats or activities which might jeopardize the status quo of peace in space. However, recently there has been a discernible shift in international rhetoric towards offensive defense in space. China, Russia and the U.S. have deployed various tests in space in recent years, leading to speculation that they all possess anti-satellite weapon (ASAT) capabilities. These tests suggest that there is a move towards weaponization of space, despite the core principle of the 1967 Outer Space Treaty that space shall be used exclusively for peaceful purposes. In response, a more active stance towards space defense has entered the policy rhetoric of India, Israel and Japan. In response to concerns about the capacities of other players to threaten critical space assets, the U.S. Space Command, U.S. Strategic Command, and the U.S. Air Force Headquarters have been undertaking an assessment to determine how the U.S. Government can gain dominance in the space domain, seeking to develop offensive space control and active defensive strategies and capabilities.

These factors, combined with a lack of transparency about actual capabilities and intentions on the part of all major players in space, creates a cyclical escalation which has led some commentators to describe this as a conceivable return to a Cold War-type arms race, and to the foreseeability of a space-based conflict. Due to many unique characteristics of the space domain, an armed conflict in space would be catastrophic for all players, including neutral States, commercial actors, and international civil society. Yet it is the most technologically advanced States who stand the most to lose from a space-based conflict, due to our high dependence on space, and among these the United States is at the highest risk. The questions then arise, how can the U.S. and its allies protect their space assets from being targeted, without contributing to further escalation of an arms race, to increased aggressive policy threats, or to the potential of a space-based conflict?  How can we clarify the law on the use of force and the law of armed conflict applicable to space? And what would ethical space security policies require

There is a critical need for clear representations from States as to their position on national and international law applicable to space, and well-informed policy positions on the emerging weaponization of space. Due to the specificity of the space domain, specialized expertise must be provided to decision-makers, and interdisciplinary opinions must be sought from a multitude of stakeholders. To that end, CERL will host this high-level discussion, which will focus on questions of ethical conduct and standards, while assessing the ways in which the U.S. and other leaders in space can protect their space assets in accordance with the core tenets of the Outer Space Treaty regarding freedom of access to and use of space, and the prohibition on non-peaceful uses of outer space, as well as potential arms control measures, and the unique role that commercial actors play in securing space for sustainable civilian and military uses.

*CLE credits will be available.

This conference is by invitation only, however the keynote address on April 5th is open to the public and we welcome your attendance. Please RSVP here

The video of the Keynote Address can be found here: https://youtu.be/Gh_EgJ7YSRE

Our 21st century lives are highly dependent on satellites and space-based technologies, and our military depends on these technologies heavily for its operations. This keynote event will address the ways in which the military uses outer space, the risk of weaponization of outer space, and issues faced by the U.S. in terms of protecting its assets while seeking to avoid a space conflict. The effects of a conflict in outer space would be difficult, if impossible to contain, and a different strategy is required than in other domains such as land, sea and air. What role can international diplomacy and information sharing play in protecting against an arms race in space? What can and should the U.S. be doing to protect against attacks on satellites? How does the law of armed conflict apply to outer space? And how would a space conflict affect us all in our daily lives?

This panel of high level experts will provide a unique insight into these issues, and into why we all need to be aware of the importance of space security.

Mr. Stephen Oswald is a former NASA Shuttle pilot, who has completed three missions in space. He later joined NASA Headquarters in Washington, DC as Deputy Associate Administrator for Space Operations, before retiring in 2000. He will share about his experience in outer space, and why space matters to us all.

Dr. Laura Grego is Senior Scientist in the Global Security Program of the Union of Concerned Scientists. She focuses on the technology and security implications of national missile defense and of space security. She is the author or co-author of roughly 30 peer-reviewed papers on a range of topics, including cosmology, space security, and missile defense.

Office of Space & Advanced Technology, US Dept. of State

Center for Strategic and International Studies

Union of Concerned Scientists and Technological Expert on MILAMOS

Harvard Department of the History of Science

Professor & Chair of Philosophy, University of Maryland; CERL Executive Board

University of Arizona; CERL Executive Board

Attorney at Law; CERL Executive Board

Session 1: Security, Law and Non-Binding Norms in Space: From Peace to Conflict

Session 5: Use of Force applied to Space

SESSION 1: SECURITY, LAW AND NON-BINDING NORMS IN SPACE: FROM PEACE TO CONFLICT

SESSION 5: USE OF FORCE APPLIED TO SPACE