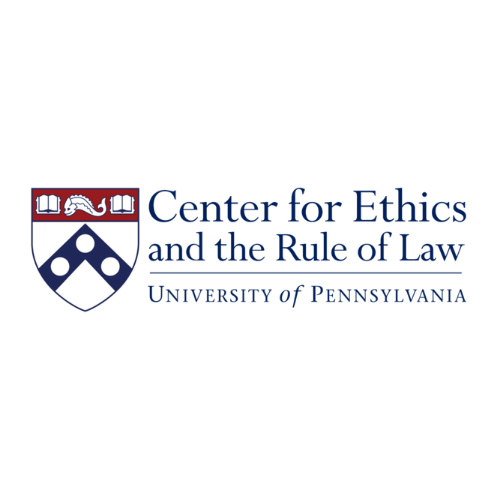 Domestic Violent Extremism and the Threat to U.S. National Security

Since the September 11, 2001, terrorist attacks on the United States, government attention has been directed largely at external threats to national security from violent extremists. But recent incidents, such as the mass shootings in El Paso, Texas; Charleston, South Carolina; and Pittsburgh, Pennsylvania; the “Unite the Right” march in Charlottesville, Virginia; and the January 6 events at the U.S. Capitol, have brought renewed attention to the threats stemming from domestic violent extremism. According to Secretary of Homeland Security Alejandro Mayorkas, racially or ethnically motivated violent extremists and militia violent extremists currently pose one of the most critical threats to U.S. national security. To confront the problem, President Biden ordered a 100-day comprehensive review of existing government efforts to address the threat. The results of that review were released recently by the National Security Council as the “National Strategy for Countering Domestic Terrorism.”

A recent assessment by the Office of the Director of National Intelligence (ODNI) maintains that domestic violent extremism poses a “heightened threat” to the nation in 2021. Although domestic violent extremism is not new to the U.S., its contemporary incarnation presents new challenges to U.S. national security. The sociological and technological changes that have reshaped the social and political landscape of the country over the past decades have also facilitated the spread of disinformation, amplified radical narratives, and provided effective tools for coordinating and financing violent action.

This session will examine these new challenges and the means to counter them, taking into account historical, comparative and psychological perspectives. Participants will discuss the past and present manifestations of domestic violent extremism in the U.S. and will analyze parallel patterns of conduct in other countries. They will also examine the psychological motivations, ideologies, and organizational structures of modern domestic extremist groups, and consider how contemporary acts of domestic violence, including but not limited to the January 6 events at the U.S. Capitol, shed light on the intricate connections among extremist networks. Building on this discussion, participants will scrutinize existing legal definitions of domestic violent extremism, evaluate the legal and ethical ramifications of these definitions, and consider how domestic violent extremism should be defined to facilitate principled efforts to counter it.

Social media has grown exponentially over the past two decades, becoming an increasingly popular arena for extremists to spread disinformation and advance their positions. Extremist groups use social media platforms to communicate, disseminate conspiracy theories, and radicalize potential sympathizers and recruits. The allure of social networks for these purposes is based, in part, on controversial characteristics of their proprietary algorithms, ostensibly designed to promote the most polarizing and divisive content, including the very content extremist groups aspire and struggle to spread. At the same time, social media can be an invaluable resource for identifying extremists, refuting their propaganda, and de-radicalizing their targets.

This session will address the role social media can play in fomenting, facilitating, or frustrating domestic violent extremism. Participants will discuss the legal and ethical responsibilities of tech companies and the actions (if any) they should or could take to curtail extremist content and associated currents of misinformation and disinformation on their platforms. For example, would tech companies fulfill their responsibilities only by managing extremist content post-hoc? Or must they modify their algorithms ex-ante? Could tech companies go the extra mile by engaging in proactive de-radicalization efforts such as “nudging” users away from extremist content or providing information disproving extremist propaganda? Should they? Participants will also deliberate on whether tech companies’ responsibilities and actions should vary according to the characteristics of the people targeted by extremists, such as their vocation or vulnerability to radicalization. For instance, would it be legal for tech companies to treat active military personnel differently than other social media users by preventing specific content from appearing on servicemembers’ personalized news feeds? Would it be ethical? And if not, should tech companies suppress that specific content from all users? Finally, participants will consider the broader implications of extremist content censorship by private actors, whether it should be supervised, and by whom.

Sources of Disinformation: Members of the Government, the Bar, and the Press and Domestic Violent Extremism

While social media is a new and prominent source of disinformation, traditional actors in the public sphere—including members of the government, the bar, and the press—might play a more critical role in spreading disinformation, lending credence to conspiracy theories, and facilitating contemporary domestic violent extremism. The recent growth of such extremism correlates with officials at the highest levels of government encouraging—or acquiescing in—violent conduct by domestic extremists, lawyers partaking in judicial proceedings intended to promote narratives that may incite or cover up violent conduct, and reporters, commentators, and news anchors echoing and amplifying such narratives.

This session will address the legal, professional, and ethical responsibilities of these actors with regard to spreading disinformation that may facilitate domestic violent extremism. Participants will analyze these responsibilities and the variation among them, in the context of real and hypothetical examples. For instance, is it legal for an official to make a deceptive statement knowing it may provoke, normalize, or mask violent action? Should it be? Do professional standards allow a lawyer to bring or participate in a proceeding she knows will lend credibility to that official’s deceptive statement? Should they? What is an ethical way for a reporter, a commentator, or a news anchor to cover that statement or the associated proceedings? When (if at all) should one of these actors resist or refuse to provide such coverage? Participants will also evaluate the extent to which the answers to these questions have bearing on both facilitating and countering domestic violent extremism, and will consider modes of legal and extra-legal accountability that may be appropriate for these actors.

Violent extremists require financial resources to recruit members, coordinate logistics, and conduct operations. White supremacist groups such as the group formerly known as Identity Evropa, a sponsor of the “Unite the Right” rally in Charlottesville, rely on various digital platforms to fundraise, including crowdfunding sites like Patreon and cryptocurrencies like Bitcoin that obfuscate the origins of funds. Through these online pathways, contemporary domestic violent extremist groups can raise significant capital with little oversight at a global scale. Moreover, evidence of transnational ties between domestic violent extremists and like-minded individuals outside of the U.S. raise additional concerns about foreign sponsorship.

This session will address both conventional and contemporary methods of funding for domestic violent extremists. Participants will consider key questions such as: What are the ways in which extremist groups use financial platforms to fund their criminal activities? Who is sponsoring domestic extremist groups? What role do banks and other financial institutions play in facilitating such funding and what more can they do to foil it? Participants will also consider which new tools could aid policymakers, law enforcement, and other actors, including civil society organizations, in disrupting the financing of domestic extremism.

The seventeen agencies comprising the U.S. Intelligence Community (IC) have a vast array of sophisticated and effective tools at their disposal. They also have the authority to use these tools for surveilling non-U.S. persons—including foreign violent extremists. In contrast, these agencies’ authority to surveil U.S. persons is substantially limited by varied legal safeguards derived from the U.S. Constitution, statutes, and executive orders (e.g., the Foreign Intelligence Surveillance Act and EO 12333). Abiding by these important safeguards poses a challenge for the IC even in the context of intelligence operations that focus exclusively on non-U.S. persons, because such operations may still affect U.S. persons. Abiding by these safeguards in the context of domestic violent extremism, which requires intelligence operations to focus directly on U.S. persons, confronts the IC with an even greater—arguably insurmountable—challenge.

This session will assess the strengths and shortcomings of extant law and the new national strategy for countering contemporary domestic violent extremism. Participants will consider the current federal and state apparatus for investigating, prosecuting, and punishing violent extremism, including hate crime statutes, RICO, and VICAR, the civil remedies available to victims of violent extremism, and how the new national strategy changes this landscape. They will also assess current proposals for state and federal legislation on domestic violent extremism legislation. Drawing on U.S. experiences to counter foreign extremism, participants will pay particular attention to legal and ethical concerns arising from measures to counter domestic violent extremism and the concomitant increase in the power of government. They will examine these concerns thematically, in contexts such as interrogation techniques, detention conditions, and prosecution methods, and more broadly, with regard to the protection of constitutional rights such as freedom of speech and assembly and the preservation of the rule of law.

Two-thirds of Americans lack a basic understanding of civic institutions, according to the Campaign for the Civic Mission of Schools. The 2021 Annenberg Public Policy Center’s annual civics survey found that forty-three percent of U.S. adults cannot correctly name all branches of government. With only nine states and the District of Columbia requiring one full year of U.S. government or civics, the amount of time and resources dedicated to civics education in high schools across the country has declined considerably. The resulting lack of civics knowledge may leave large swaths of the American public susceptible to the spread of disinformation and attempts to sway public affairs. Further, civics education is absent in the training of most military personnel; the DOD Common Military Training has no civics education requirement nor do the corresponding regulations for the Army, Navy, Marine Corps, or Air Force. The prevalence of erroneous claims on constitutional rights voiced by military personnel, including veterans who took part in January 6 events at the U.S. Capitol, raise further grave concerns.

This session will address the potential of civics education for preempting domestic violent extremism. Participants will examine whether a causal link exists between insufficiencies in civics education and vulnerability to disinformation campaigns and radicalization efforts. Are there differences in this regard between the general population and specific communities, including the military community? What are the national security implications of such differences? Participants will also explore ways in which quality civics education might play a role in stemming the rise of domestic violent extremism. What types of educational interventions could be effective in disrupting channels of disinformation? In hindering radicalization? In obstructing violent extremist recruitment? Participants will discuss the ways in which these educational interventions might be tailored to the characteristics of specific communities. In particular, they will examine an innovative program to strengthen civics education in the military and will deliberate on which aspects of civics might be vital to emphasize in this specific context and how. Finally, participants will assess the serious risk of state-sponsored civics education efforts becoming or being perceived as disinformation campaigns and will evaluate strategies to minimize this risk.

Coming soon! Conference registrants may access required readings. To gain access, please enter the password provided to you by the CERL conference team. If you have any trouble accessing the materials, please contact Jennifer Cohen ([email protected]).

Share Domestic Violent Extremism and the Threat to U.S. National Security on: