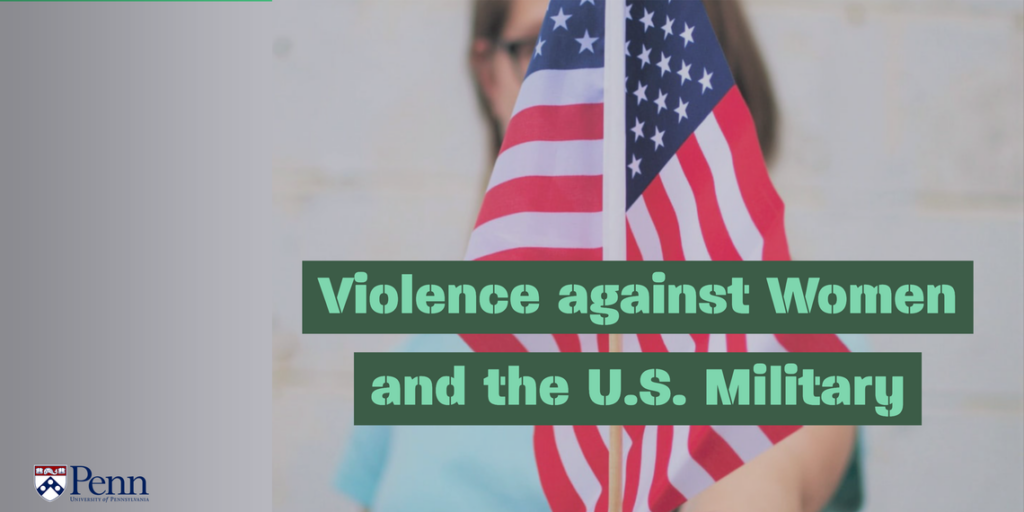 Violence Against Women and the U.S. Military

Join us to learn about current policy and research on violence against women and the U.S. military

Andrew Morral, Ph.D., RAND Corporation, who authored several reports to Congress on sexual assault and harassment in the military.

Emily Rothman, Sc.D., Boston University and, for 2019-2020, is with the Department of Defense, who just completed sexual assault prevention study in the Navy.

Sponsors: The Ortner Center of Violence and Abuse, The Toll Public Interest Center at Penn Law, The Alice Paul Center for Research on Women, Gender and Sexuality, The Campaign for Community at the University of Pennsylvania, and the Trustees
Council of Penn Women

Share Violence Against Women and the U.S. Military on: