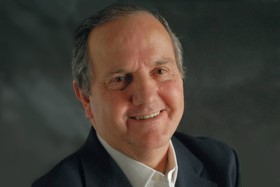 Interrogation and Torture: Integrating Efficacy with Law and Morality


This two-day closed session conference will examine the new scientific   research, practices, and legal developments. These advancements have the potential to transform the conversation on interrogation
and torture in many fields of study—psychology, neuroscience, career investigation and interrogation, philosophy, ethics, legal study and practice, and international relations—as well as to transform the current policies and practices of
governments worldwide.

The conference is by invitation only.

Public Keynote Address by Juan E. Méndez:
A Universal Protocol for Investigative Interviewing: An End to Interrogation and Torture

The program will take place at Penn Law and is open to the public and free of charge.

Juan Méndez, former UN Special Rapporteur on Torture and Other Cruel, Inhuman and Degrading Treatment or Punishment, introduced in 2016 an initiative calling for a universal protocol that sets standards for interviewing subjects without
coercion. He continues to be an active advocate of a universal protocol for non-coercive interviews conducted by law enforcement officials, military and intelligence personnel, and other bodies with investigative mandates. The
protocol’s aim is to ensure that authorities discontinue confession-based interrogation of criminal suspects, political and war prisoners, and other detainees so that no one is subjected to torture, mistreatment, or coercion.  Professor
Méndez will make the case for the protocol, which through its standards and guidelines, calls for the search for truth, the presumption of innocence, constructive interaction with international human rights law, and adaptation to different legal
cultures. He will also report on the current state of the initiative and the need to generate support.

Professor Mendez’s address will be followed by a panel discussion with conference participants Mr. Alberto Moro and Stephen Xenakis , M.D. Panelists will discuss the psychological damage torture causes, the costs to the United States and world from its use, and whether it could
come back to the United States, and how to prevent its return. Moderated by Claire Finkelstein, Professor of Law and CERL Director

Share Interrogation and Torture: Integrating Efficacy with Law and Morality on: