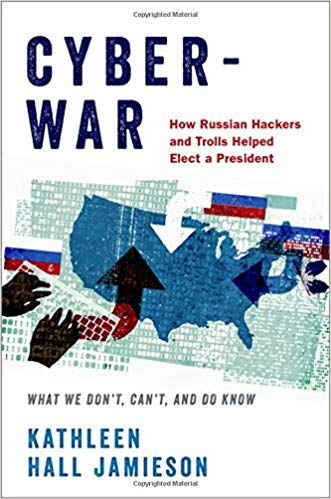 The question of how Donald Trump won the 2016 election looms over his presidency. Although not certain, it is     probable that the Russians helped elect the 45th president of the United States.

Cyberwar closes with a warning: the country is ill-prepared to prevent a sequel. During her conversation with moderator Professor Claire Finkelstein, Professor Jamieson will integrate the many new developments that have come to light since the
book’s original publication.

Share CERL Book Talk – Professor Kathleen Hall Jamieson:  Cyberwar:  How Russian Hackers and Trolls Helped Elect a President, What We Don’t, Can’t and Do Know on: